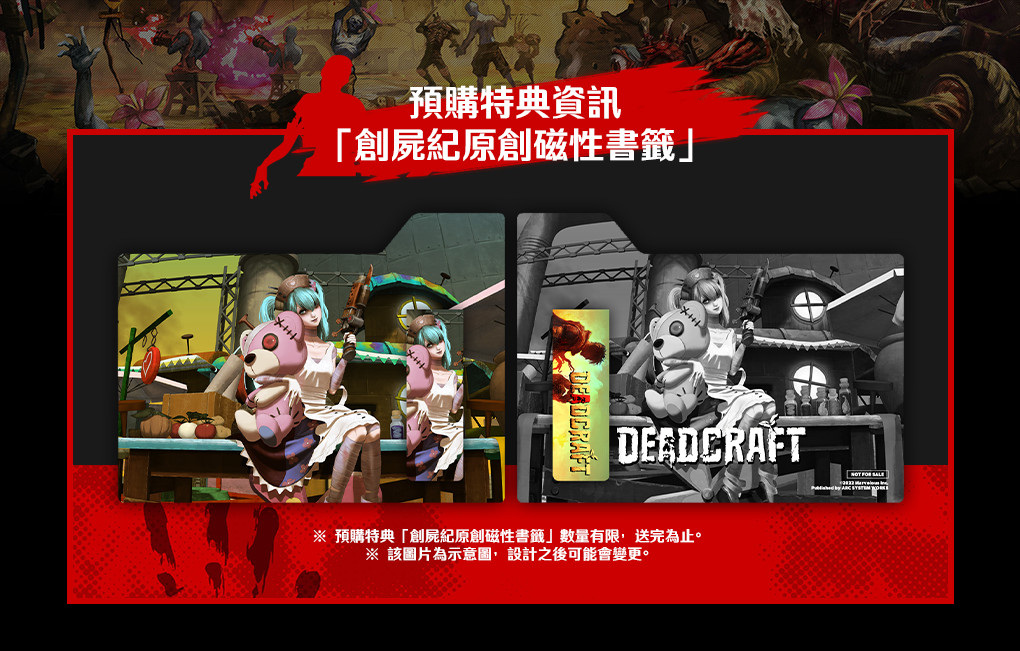 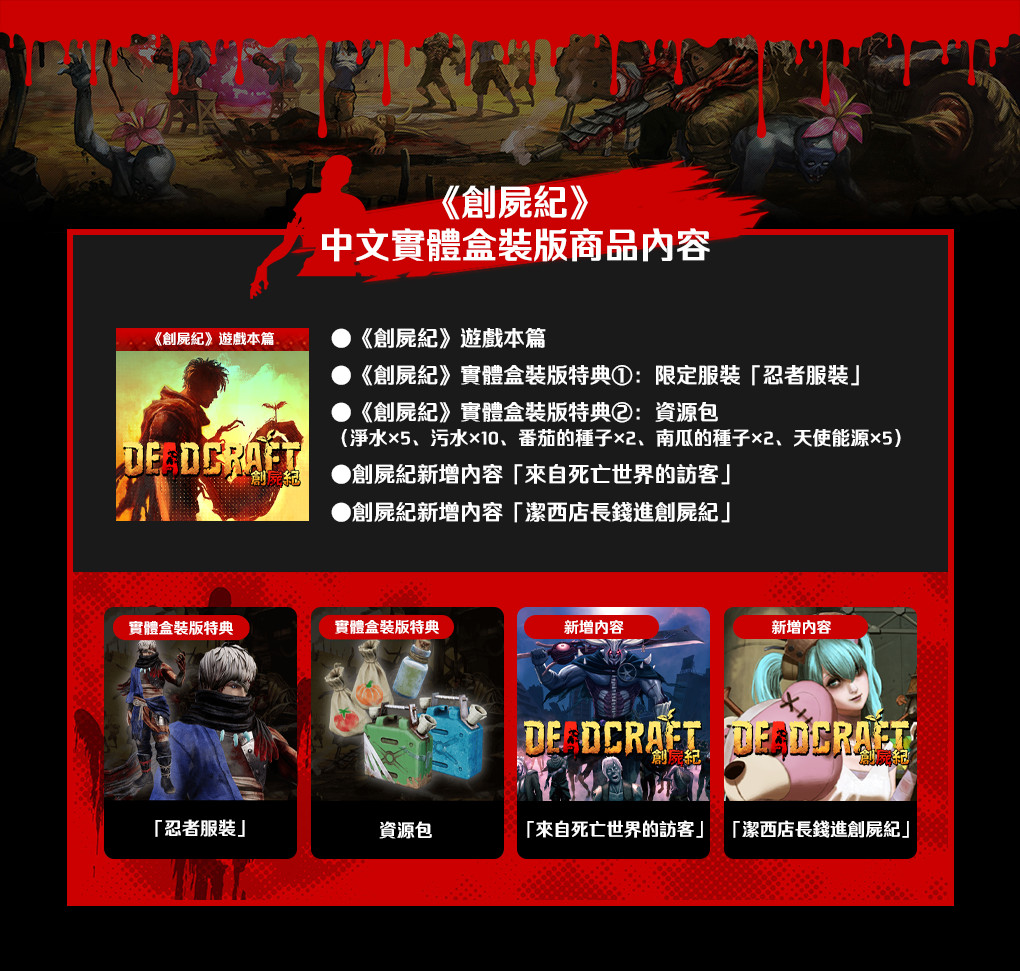 Welcome to DEADCRAFT, a new twist on the zombie survivalaction genre!

In a world ravaged by a deadly virus, half-zombie Reid must survive not only by taking an axe, weedwhacker— anything he can get his hands on—to hordes of the undead, but by growing some zombie followers of his own. Choose your allies and enemies wisely as you try to make it through the apocalypse alive!

Use Reid's half-zombie side to unleash devastating powers in battle. Whether your targets are human or undead, crush all who stand in your way!

Collect and plant the corpses of your enemies to grow your very own zombie workers, then scavenge for materials to create all manner of weapons, tools—even some post-apocalyptic cuisine. Don't stop until you've built an unstoppable undead army!

Survival at Any Cost

You won't survive a day in the wasteland without food and water—earn your living by helping others, or simply take what you want by force.

本網站有使用cookies，通過記住您的偏好和重複訪問，為您提供最相關的體驗。點擊「接受」，即表示您同意使用所有 cookies。按此了解更多。
We use cookies on our website to give you the most relevant experience by remembering your preferences and repeat visits. By clicking “Accept”, you consent to the use of ALL the cookies. Click here for more information.