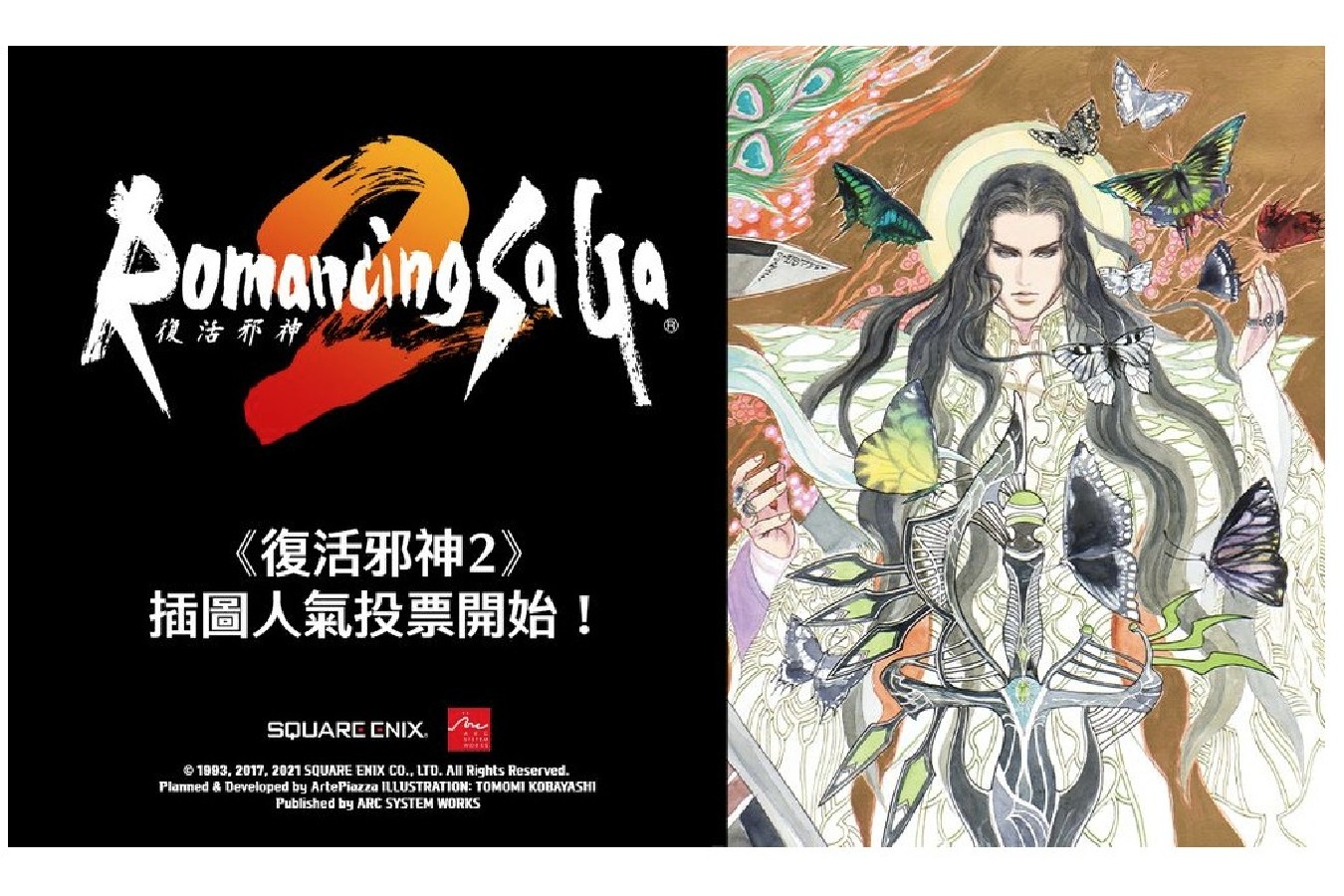 Game Source Entertainment (GSE) announced that the well-known Role-Playing Game “Romancing SaGa 2” physical and digital download version, developed by SQUARE ENIX and published by ARC SYSTEM WORKS, will be released on December 23 in PlayStation®4 and Nintendo Switch™. On the same day, a congratulatory message from the director of the “SaGa” series Akitoshi Kawazu was released. In addition, to celebrate the public launch day, a popular voting event for character illustration in the game will be held from today.
“Romancing SaGa 2” Releases on December 23th Character Illustration Popular Voting Activity Starts Today


Game Source Entertainment (GSE) announced that the well-known Role-Playing Game “Romancing SaGa 2” physical and digital download version, developed by SQUARE ENIX and published by ARC SYSTEM WORKS, will be released on December 23 in PlayStation®4 and Nintendo Switch™. On the same day, a congratulatory message from the director of the “SaGa” series Akitoshi Kawazu was released. In addition, to celebrate the public launch day, a popular voting event for character illustration in the game will be held from today. 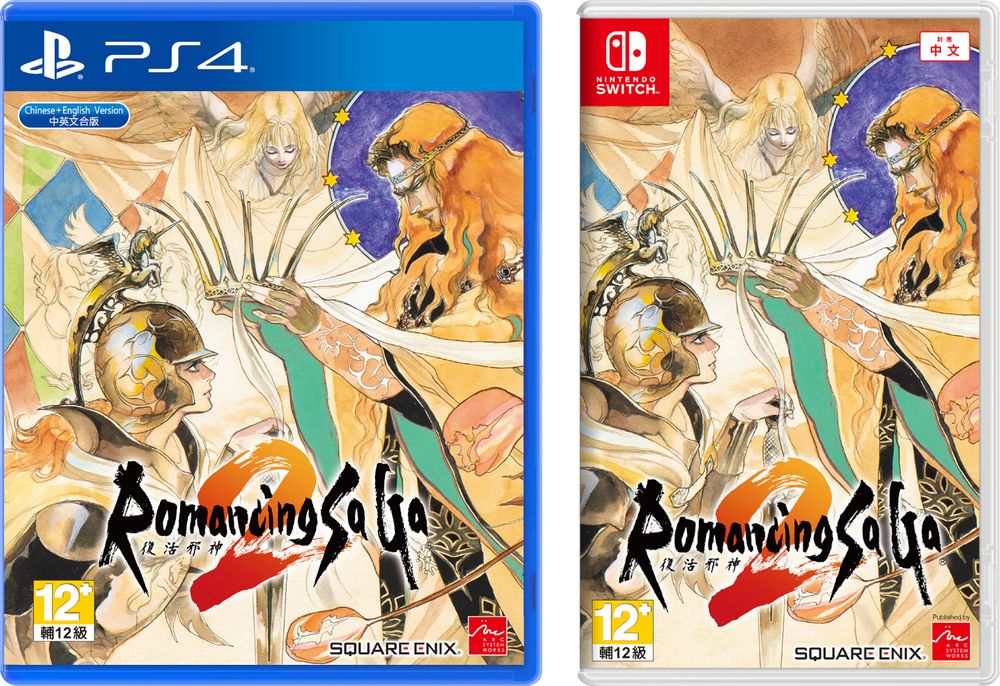 The official traditional Chinese version of "Romancing SaGa 2" scheduled to be released on December 23 is the fifth game in the "SaGa" series, one of SQUARE ENIX's representative RPG titles. The volume exceeds 1 million sets and is widely loved by players since launching on Super Famicom in 1993. This title was launched on the iOS / Andriod platform in 2010, with new elements such as new professions and original mazes added, and the Remaster version was launched in December 2015, and it was sold on 8 platforms including PlayStation 4 and Nintendo Switch.

Players can not only take the adventure freely through the "Free Script", but can also experience the magnificent story of the creation of a country's history by changing the protagonist to "inherit the throne". In addition, you can also directly experience the continuously acclaimed gameplay such as the unique "SaGa" series of "Flash" and "Formation" combat systems. 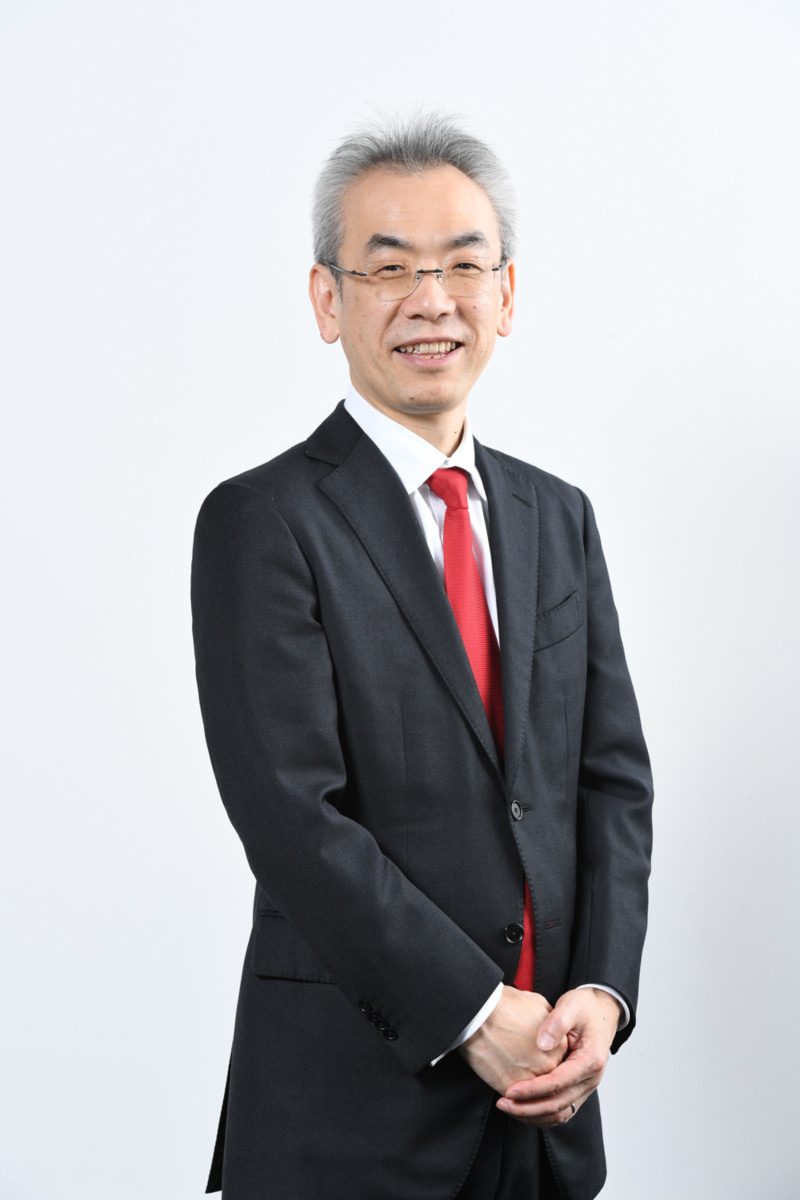 "Romancing SaGa 2" will meet you on this Christmas! Thank you everyone at ARC SYSTEM WORKS. Players can play this game in Asian languages after “Romancing SaGa 3”, which is also a great joy for us. This work describes the story of the emperors and the seven heroes of the Varennes Empire that have gone through a long period of battle. I hope you can enjoy it.

Voting results are expected to be applied to the design drawings of the "double cover", one of the subsequent physical boxed pre-order bonuses. In addition, 5 voters will be selected to give away an "original fabric poster", drawn from the illustration of the 1st place in the popular vote. Detailed content of the popular vote and illustrations of 41 characters can be confirmed through the official website of ARC SYSTEM WORKS and the social media pages. 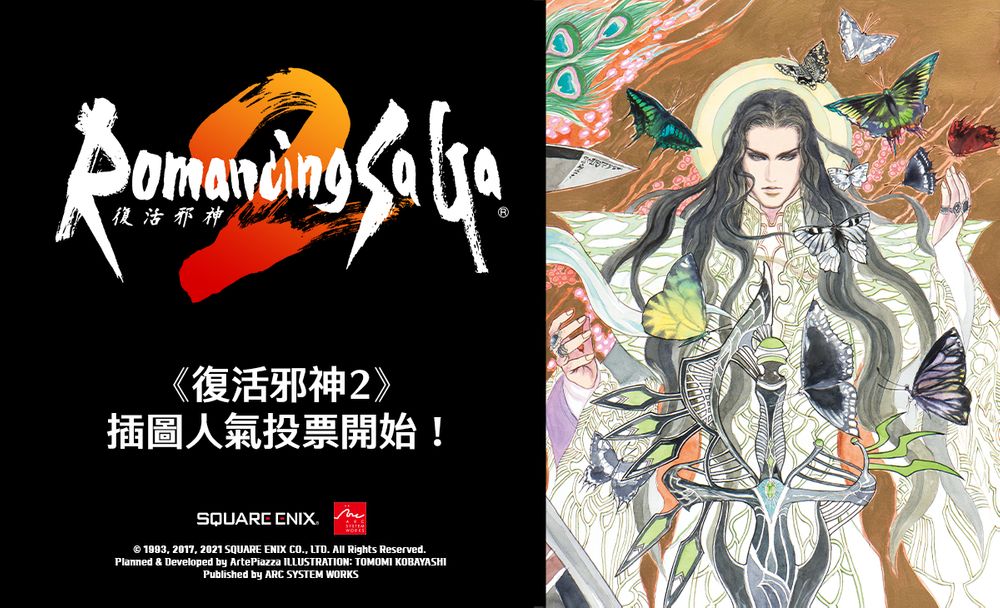 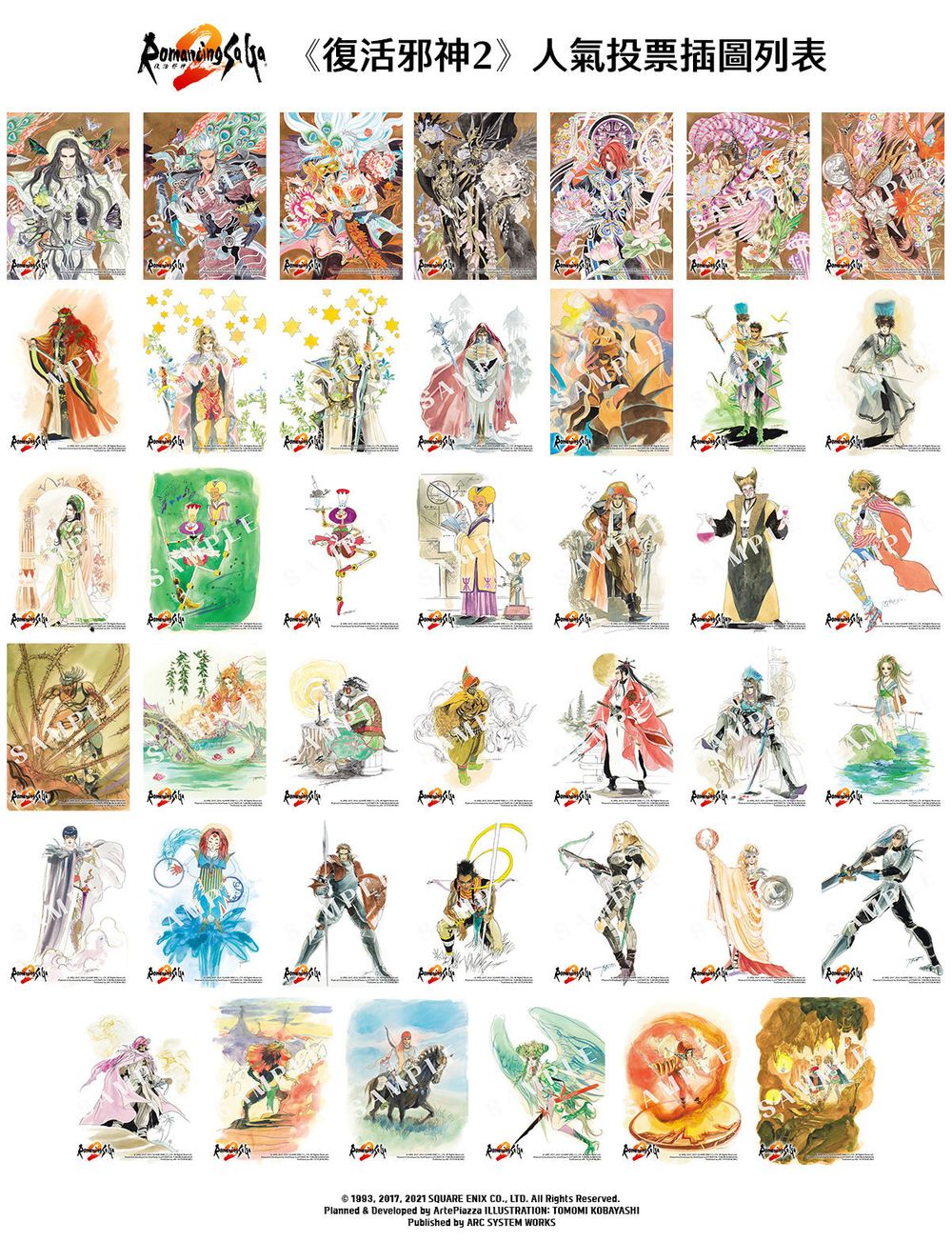 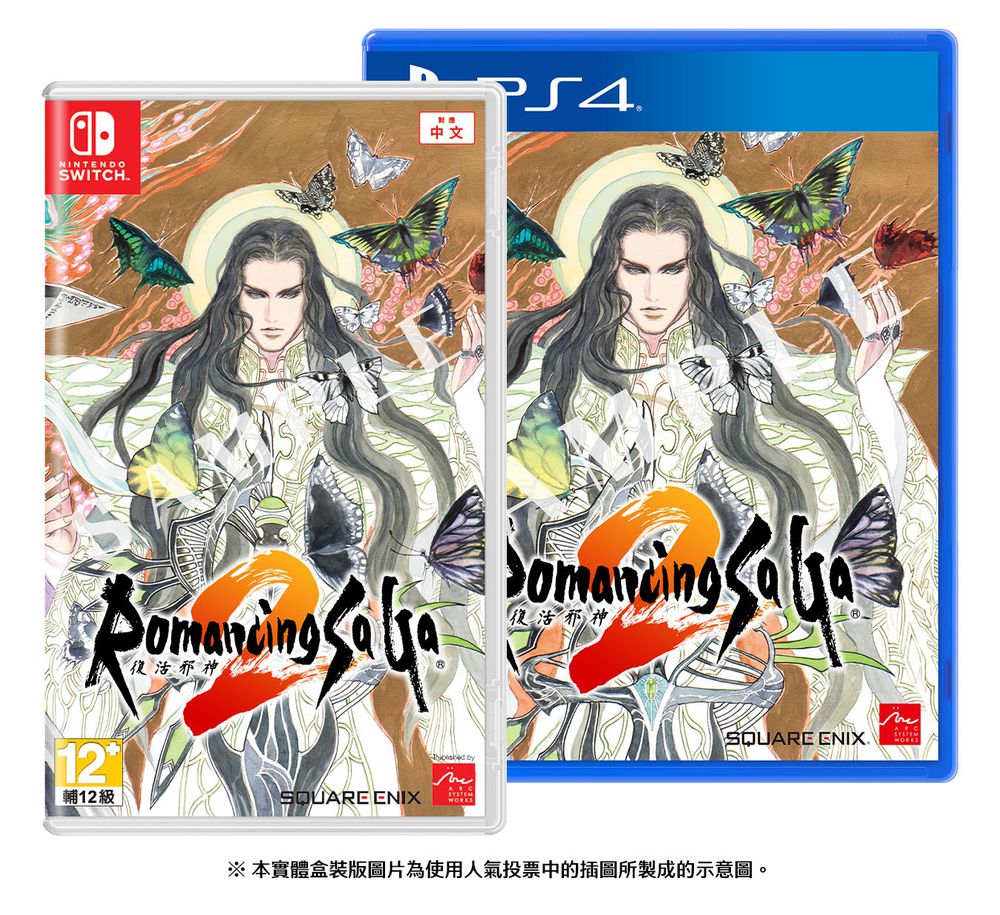 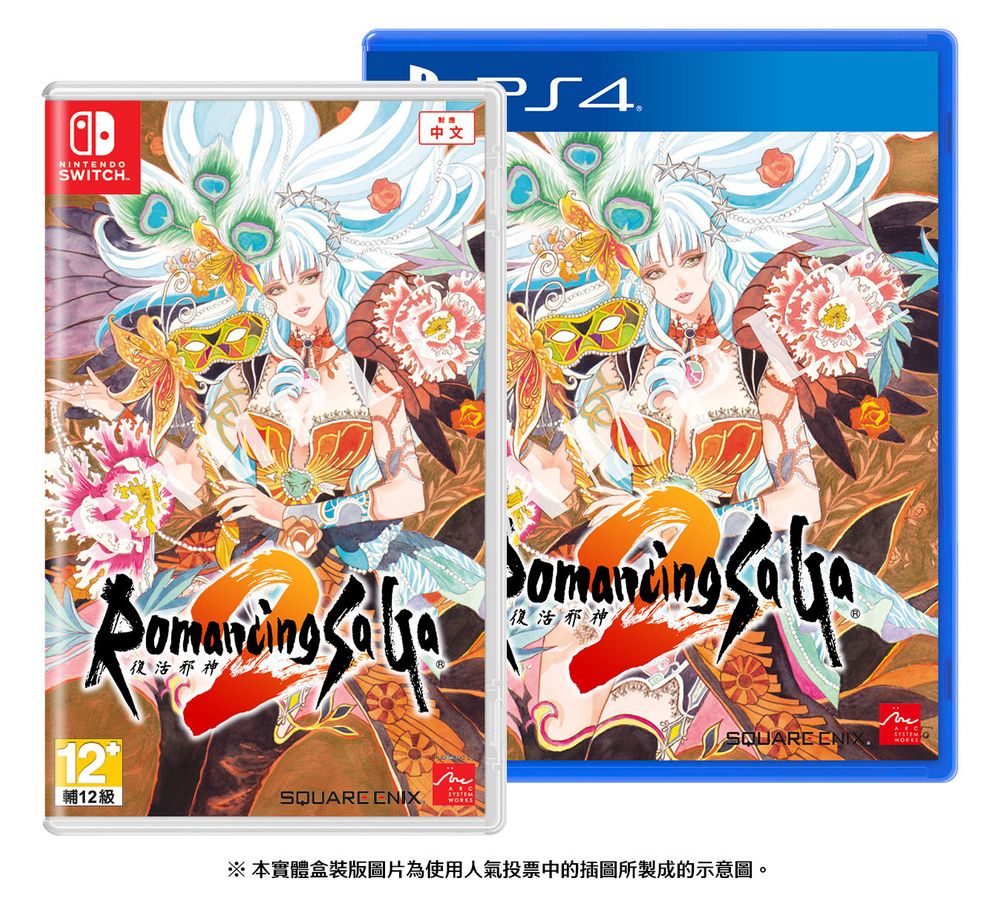 Results will be announced via the official site and social media pages of ARC SYSTEM WORKS. 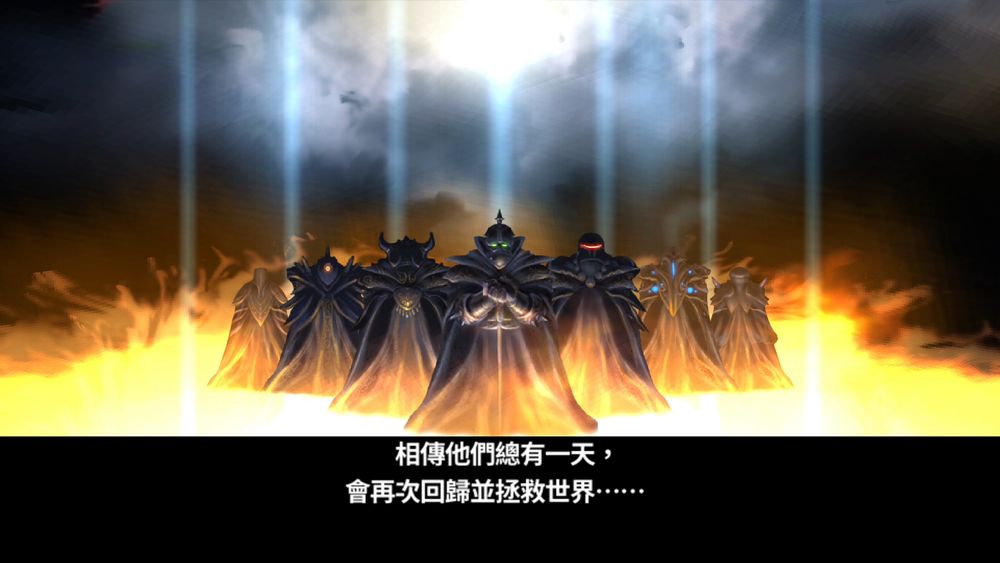 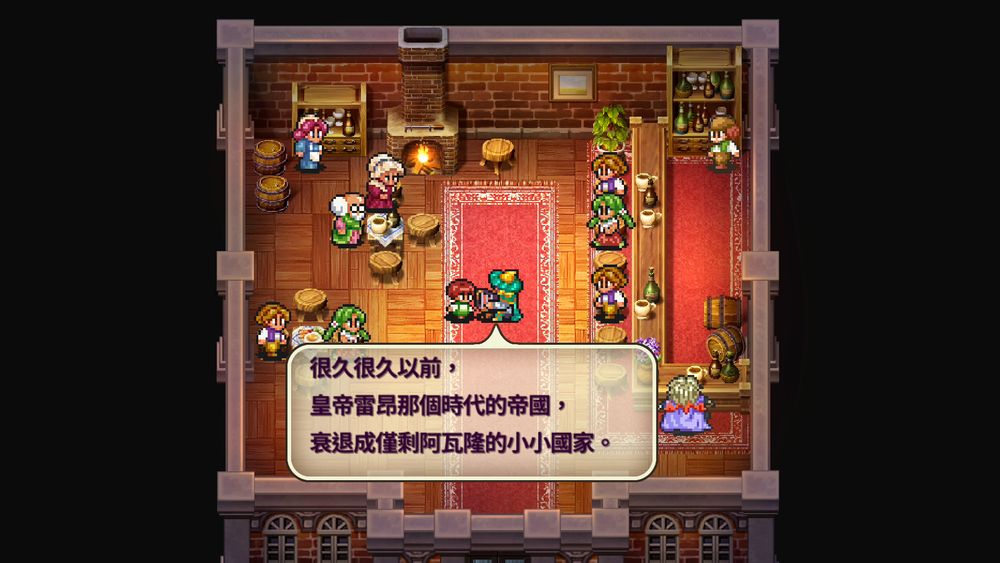 They defeated many evil monsters and saved the world, and then disappeared without a trace...

Legend has it that one day they will return and save the world... Whenever the world is in turmoil, people will tell legends and pray for salvation. However, after the peaceful visit... it will be forgotten again.

The rise and fall of the world continue to reincarnate. The era of peace, governed by a stable country, ended, and an era of division and struggle began.

So people once again recited the name of the Seven Heroes.

Eventually they come… But… 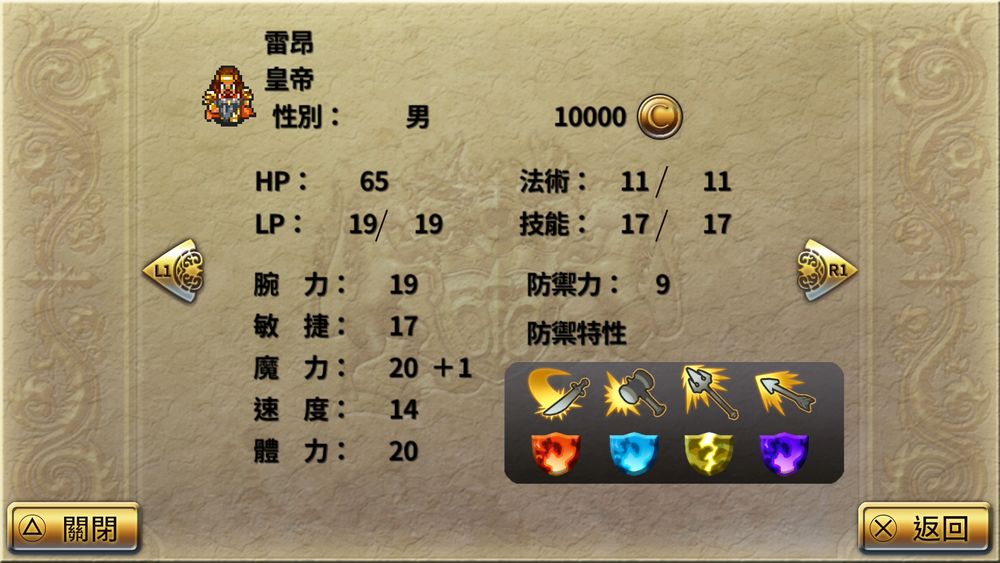 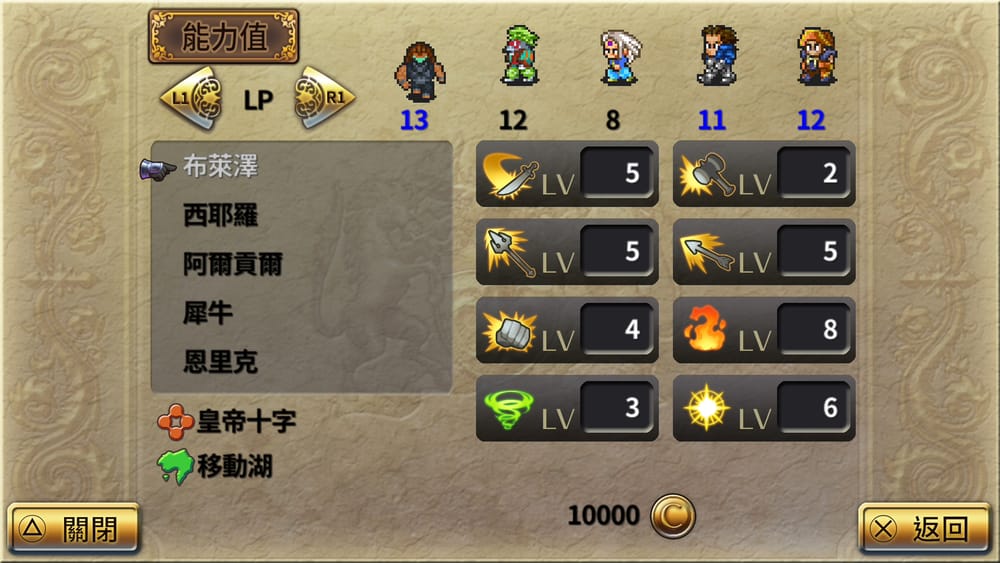 Through the symbol of the "SaGa" series - the "Free Script" that allows free adventure, and the "Inheritance System" that exchanges the protagonist for adventure, players will become the emperors of the Varennes Empire, and fight against the Seven Heroes in the long-term battle to create a story of unifying the empire.

Use Battle and Development to Make the Empire More Prosperous 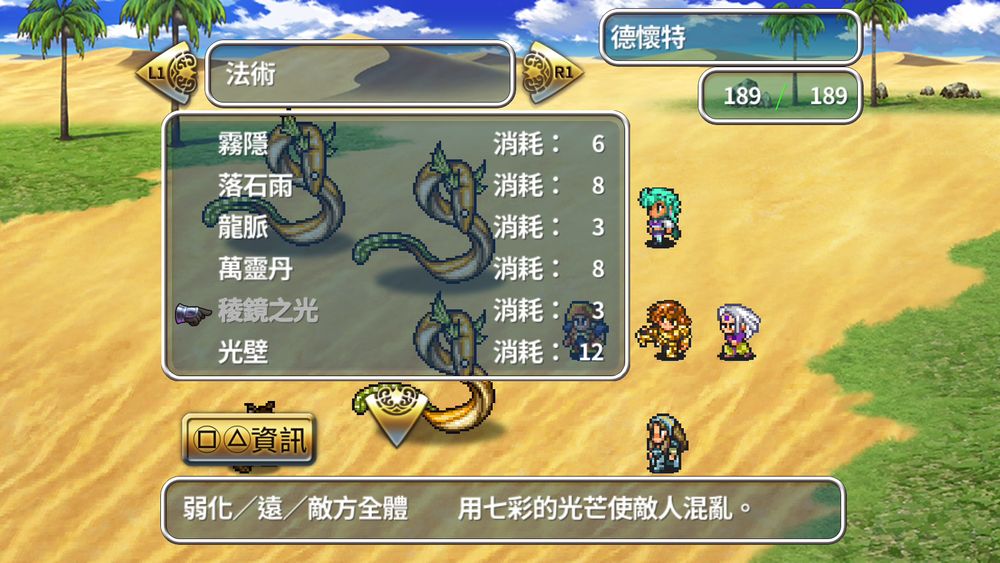 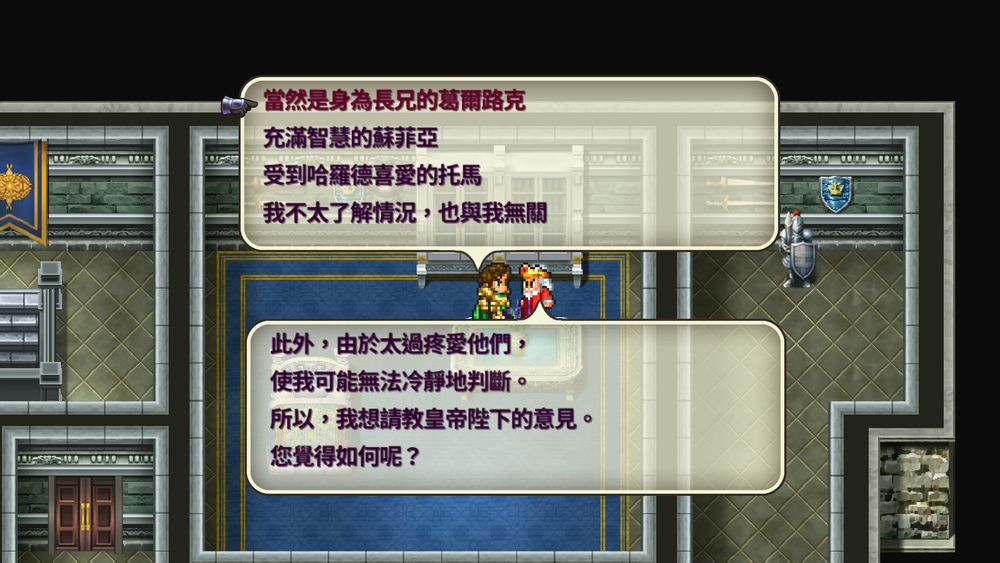 Through the "Flashing" learning system and the "SaGa" series unique "Formation" system when using weapons and “Physical Skills”, players can change the abilities of the character in a specific position, and be more difficult to be attacked by the enemy, etc. The specific effect of the war makes the situation more favorable.

Players can make the Varennes Empire more prosperous through continuous battles and investment in new technologies, skills, weapon development, and the construction of the Avalon Imperial University.

Continuous Gameplay Evolution by Porting to Other Platforms 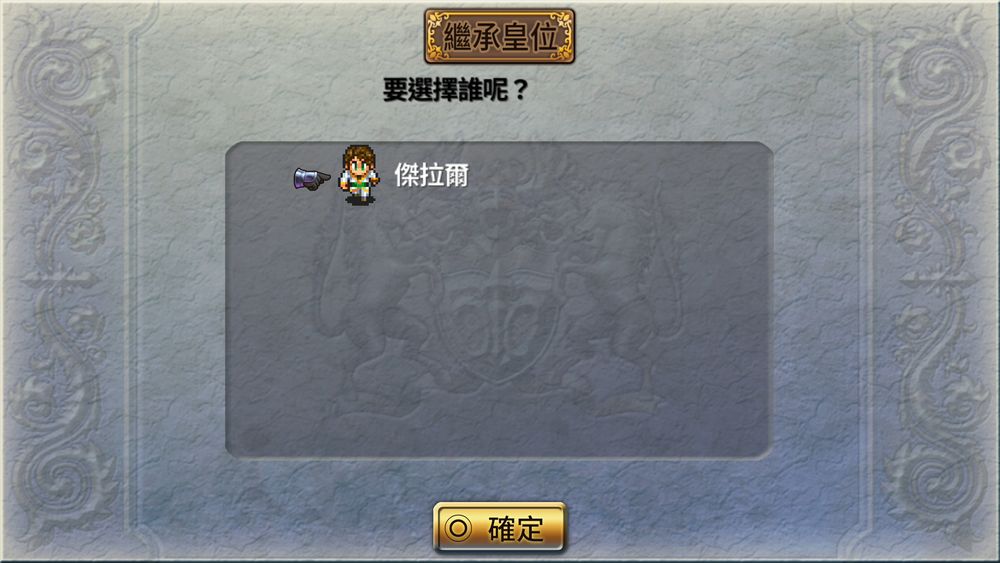 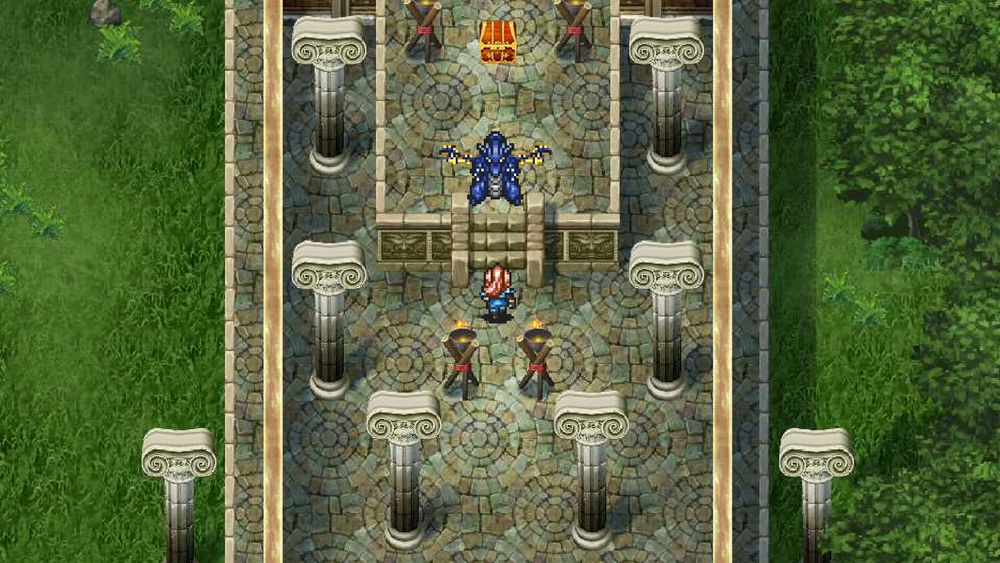 When "Romancing SaGa 2" was newly launched on the mobile platform in 2010, new classes "Ninja" and "Onmyoji" were added, the original maze "Labyrinth of Remembrance", "Avalon's Orchard" to help the empire prosper, and an additional script "Victor’s Undead" and many other content.

In addition, you can inherit some props and skill secrets, money, and skill levels from the stored data you have already played, and through the "NEW GAME+" mode that can be played from the beginning, you can collect items that you didn't get in the previous round, or save the vanished regions and classes that failed to become partners. 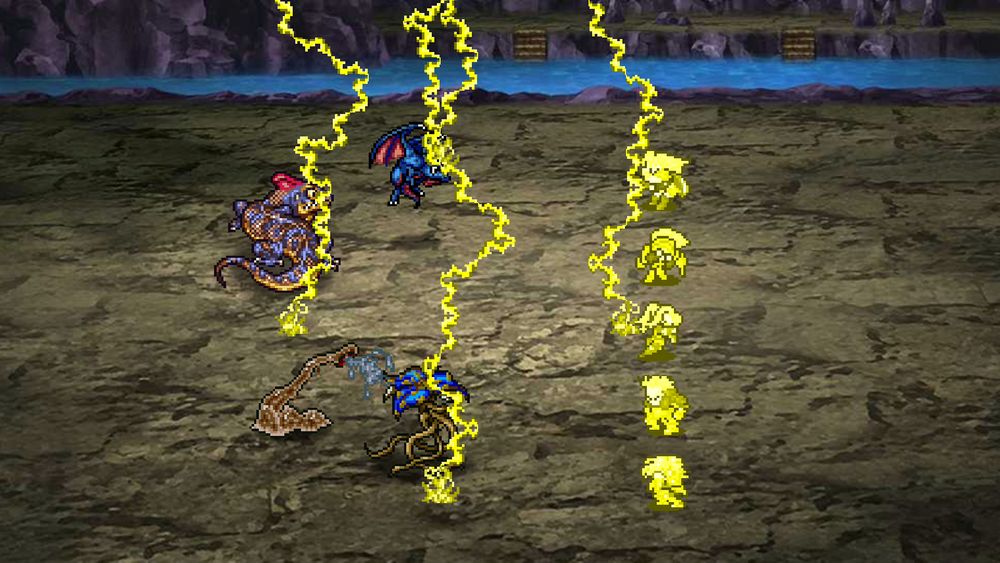 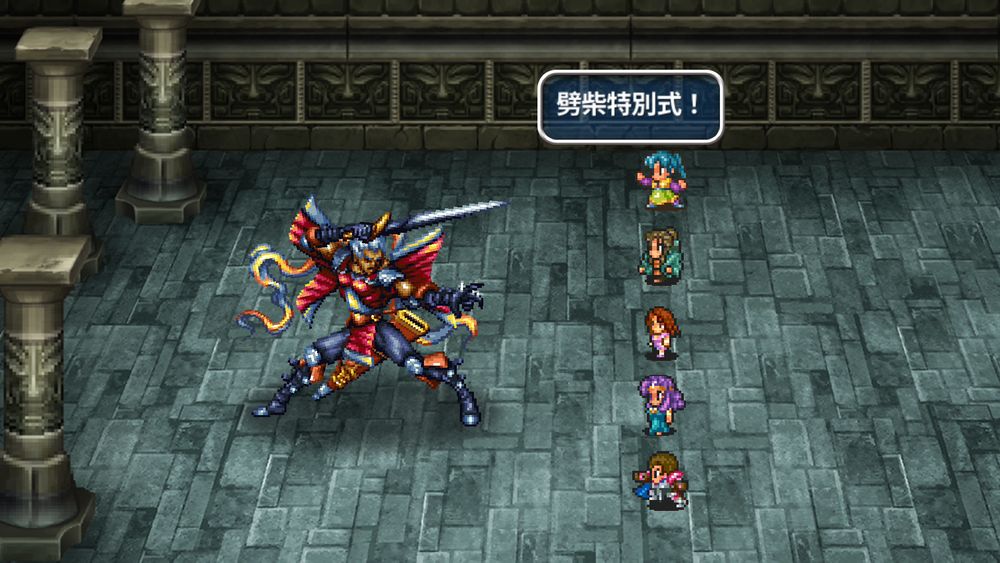 While maintaining the original image that was released in 1993, this game allows players to enjoy the beautifully depicted world through renewed high-quality images. In addition, compared to the PSVita, iOS, and Android versions previously launched, the Remaster version launched by PlayStation 4 and Nintendo Switch has improved the image quality and added some animations to the battle scenes, allowing players to experience the world of "Romancing SaGa 2" in a more comfortable environment.

*All game screens are in development.